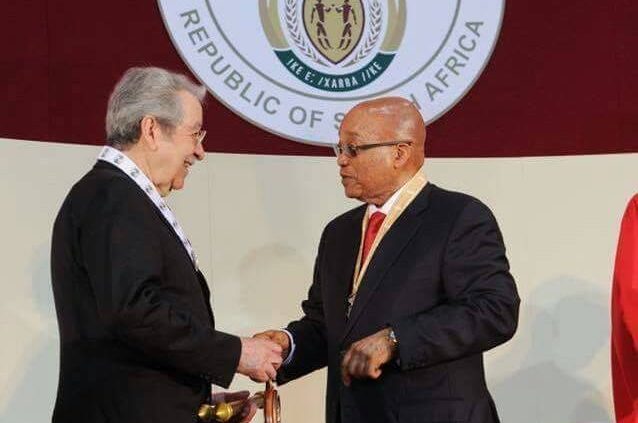 Former Algerian diplomat Ambassador Noureddine Djoudi was decorated by South African President Jacob ZUMA with the silver medal of the Order of the Companions of Oliver Reginald TAMBO.

The Algerian diplomat received this decoration in a ceremony which took place at the headquarters of the South African Presidency, in recognition of his “ongoing support to the South African liberation movement” .

Noureddine DJOUDI was an ambassador to several capital cities, notably in South Africa, Angola and the Netherlands.

Group photo in the ALN camp during the Algerian Liberation war. Among other Algerian combatants: Nelson Mandela,Hamilcar Cabral and Noureddine DJOUDI. On the picture He is to the right of Amilcar CABRAL.

Algerian Liberation Army (ALN) camps in western Algeria during the course of Mandela’s Africa Tour in 1961. As one of the few English-speaking officers, he had been Mandela’s interpreter as the rest spoke Arabic or French. Mandela had sought to learn from the strategy and tactics of the Algerian liberation war which was on the verge of victory against the French.

Minister BOUCHOUAREB participates in the World Economic Forum in Kigali.