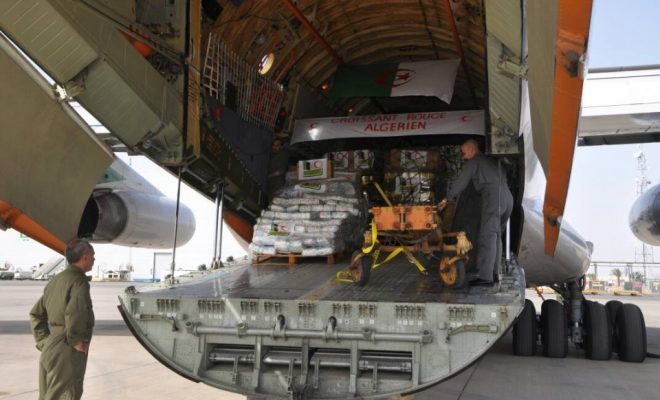 Algerian Government has decided to send humanitarian aid to Niger, which has been affected by food shortage due to a severe pastoral crisis, said the Ministry of Foreign Affairs in a communiqué.
“The Algerian Government has decided to grant a humanitarian aid to Niger following the food shortage due the severe pastoral crisis, and respond to the international appeal launched by the Nigerien government,” said the Ministry’s communiqué.
The humanitarian aid, decided on the eve of Eid ul-Adha, is in line with Algeria’s various solidarity actions towards the neighboring country, including its support to the management of the inflow of Nigeriens to Algeria, resulting from the fight against terrorist groups and following the deterioration of the security situation in the Sahel region, added the communiqué.
The food relief, due to be sent in the few coming days, constitutes an immediate accompanying measure to the repatriation operations of Nigerien nationals who entered Algeria illegally,” said the Ministry’s communiqué.

Algeria’s humanitarian aid to Niger arrived on 20th August Morning in Agadez aboard aircrafts of the People’s National Army.