The largest country in Africa, in the Arab world and the Mediterranean basin:(2 381 741 Km² million km2)

20% of the surface area is arable land

The longest coast along the Mediterranean Sea (1400 km)

The economic situation of Algeria has improved markedly, in the course of the last two decades, thanks to the restoration of the major economic balances including the budgetary balance over a long period, excess trade balance, controlled inflation and a purchasing power in constant evolution. (The GDP in purchasing power parity has evolved faster than the normal GDP).

All these plans aimed at strengthening the capacity of the Algerian economy to cope with the effects of the global financial crisis and at developing a competitive and diversified economy while constituting a substantial reserve of exchange. These plans have already had a positive impact on employment, investment and economic growth despite a global economic environment shaken by major crises.

During the same period, Algeria prepaid its debt, and cancelled the debt of 14 African countries as a sign of solidarity with the African peoples.

In addition, the public expenditure was judiciously utilized in such a way as to provide public service and infrastructures to all the economy and the population and enabled the reduction of inequalities and poverty.

During the current period, thanks to a rigorous and preventive Budgetary and monetary policy the Algerian economy managed to overcome the fall of its financial revenues due to the oil shock,   maintain the big macro-economic balances and pursue its investment policy in the infrastructures and in human and social development.

The biggest country in Africa (2,382km2), Algeria is endowed with positive factors and known assets: natural gas (2nd in Africa and 6th in the world) and oil (18th in the world); a great agricultural potential (20% of the total surface area of the country).

A large and diverse industrial base, with a great land asset in the form of industrial zones and activity zones, at the disposal of foreign and local investors.

The country also has huge mineral reserves, Iron, lead, phosphates, zinc, uranium, tungsten, kaolin, marble, Gold, Iron are available across all the national territory therefore uranium, lead, zinc as constituting a big reserve of raw materials for the national well as plenty of industry making it a real locomotive for the economic other reserves development of the country, a tourism sector which offers great prospects for development a market with enormous dynamism for all the industrial products.

Algeria pursues a policy of diversification of its economy and territorial development in the perspective of African integration of the infrastructure and the development of the innovation capacities and attractiveness of the territories.

In this framework, big public investments were made over the last ten years, in infrastructures, notably in the transport sectors (road, railway, air and sea) , water and electricity.

The big infrastructure sites, already constructed or programmed, give way to new prospects for Algerian companies and those of the entire African continent and ought to contribute substantially to the Regional Integration Movement in Africa. The Trans Saharan road in particular, codenamed ‘Road of African Unity’ should contribute considerably to this integration.

This sizeable road infrastructure, more than 9.000 km long is aimed at promoting African economic integration through a real corridor between West Africa and the Mediterranean ports via the Algerian road network.

The completion of the North-South central section which goes from Algiers to Lagos covering about 4.500 Km is at quite an advanced stage: Algeria hopes to complete in 2017 the entire section that stretches from Tamanrasset up to the  Malian border (320 km)

The completion and the interconnection of the highway networks of the sub-regional information, also comes within the framework of a logic combining the spirit of our objectives with the African plan, as witnessed by the ABUJA-ZINDER-ALGIERS fiber optic project which constitutes a major work that must favor the process of the African integration through the constitution of a real backbone capable of conveying information at a high speed.

The Private sector, on its part, constitutes an essential asset for the diversification of the Algerian economy. Thanks to its dynamic training capacities, it is from now on participating in the reconstitution of the economic and social field and of the administrative and partnership environment.

The private enterprise contributes to the development of a national project in which context the equity holders and the technological innovation and ideas fall.

The private sector, dynamic as it is, in rapid expansion, and also the main employment provider (60% of the total employment) accounts for 85% of the value addition produced in the branches outside hydrocarbons. It plays a decisive role in the present circumstances thanks to its dynamism and its adaption capacity.

The Algerian enterprise is today ready to develop, with the other enterprises of the continent economic, relations which are not only based on commercial exchanges but on building real partnerships. African enterprises have countless opportunities to build, in Africa, strong and lasting relations in numerous and diverse activities; these opportunities are the ones which mainly result from the extent of social needs which our Continent must face. 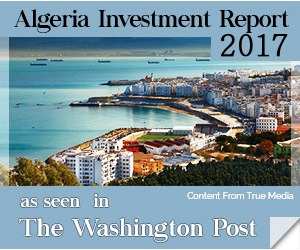 Monetary  AND Financial Trends in the fourth quarter of 2015 (PDF) : 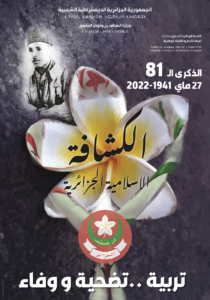 Ministry of Trade and Export Promotion 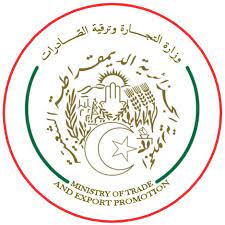 Algerian Chamber of Commerce and Industry 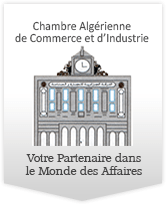 ALGERIAN COMPANY OF FAIRS and EXPORTS 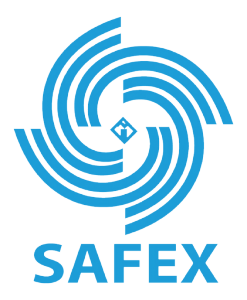 The National Agency for the Promotion of Foreign Trade

UGANDA ASSOCIATION OF STUDENTS IN ALGERIA 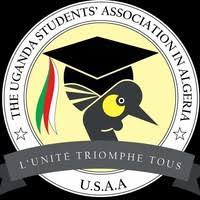 Algiers Mecca of the Revolutionaries